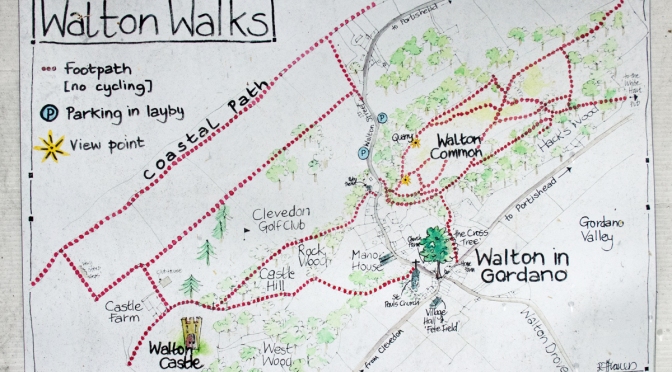 There is no village beginning with the letter V in Somerset, so here is another one that starts with a W.

In the north west of the county, between Clevedon and Portishead, lies the charmingly named Walton-in-Gordano. Named after the river valley in which it sits – to nearby villages of the same name – Walton-in-Gordano is a small, picturesque place.

The village has a small population – less than 300 people – but there is a real sense of community about it. While I was there, a couple of the locals were keen to know what I was photographing and why, suggesting other spots I could photograph in the area.

There is a sense of history about the place too; the old village shop may be gone, but the house that replaced it sits proud in his heritage.

The heart of the village is the local church, St Peter & St Paul. Originally a grain store, it changed use when the parish church, in nearby Walton Clevedon, was razed to the ground by fire. It was rebuilt, but by that point, the new building in Walton-in-Gordano had established itself as the main place of worship.

A short walk from the village centre is Walton Castle. Originally built as a hunting lodge in the fifteenth century, it appears from the main road like a folly on the hill, and it now available to hire out for functions.

Quiet and unassuming, Walton-in-Gordano has the charm of a small village, and the feel of a community. It also has links to the music industry, as it was the birth place of Geoff Barrow, co-founder of the influential trip-hop band Portishead (who took their name from the nearby Somerset city).

Walton-in-Gordano is certainly a pleasant place to visit, and acts as a good starting point for coastal walks south to Clevedon or north to Portishead.