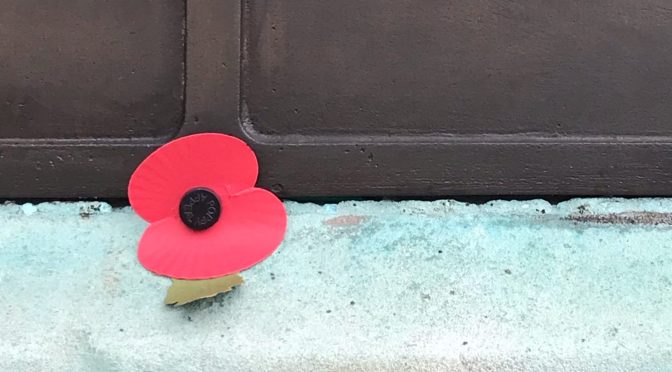 This blog has focused a lot on the Commonwealth War Graves I have found on my travels around (initially Somerset) churchyards.

One of my other hobbies is family history, and I have uncovered a number of my ancestors who fell in the Great War. None that have researched so far did so on home soil, however, and so they are not buried in the UK.

It is only fitting, though, that I commemorate their loss here too.

Harold Edward Shelbrooke was born in Poplar, East London, the eldest son of Edward and Jane. One of seven children, Harold lost his father – a labourer in the local gasworks – when he was only eight.

To support his mother – most of his sisters having moved on – he soon found employment as an umbrella maker, and by the 1911 census he had worked his way up to the position of warehouseman.

In July 1915, he married Alice Pulley; six months later their son, George was born. The young family had moved south of the Thames by now, and were living in Greenwich.

Private Shelbrooke’s military records are pretty sparse; he enlisted after marrying Alice – their Banns show him as an umbrella maker – and served in the King’s Royal Rifles.

He saw battle on the Western Front and was involved in the Battle of Menin Road Ridge at Ypres. Harold’s military documents record him as wounded and missing on the day of that battle – 20th September 1917 – and he was officially declared dead on 9th November that year. He was 33-years-old.

Private Shelbrooke has lost his father at the age of eight; his son, George, was not even two years old.

Private Harold Shelbrooke is commemorated at the Tyne Cot memorial in Zonnebeke, Belgium.